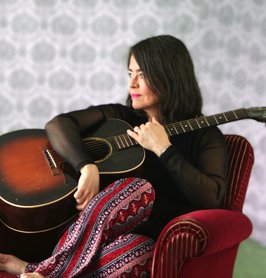 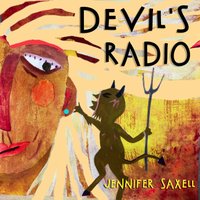 She made her 'stage debut' as a child on her parent's kitchen table, singing at parties for friends and family. Her first public appearance was a solo performance of Ave Maria in the local parish church at the tender age of 7. At 12 she taught herself how to play the guitar and started writing her own songs. Since then she has performed everywhere from honky-tonks to concert halls, appeared on television and radio shows, opened for such artists as k.d. Lang and Emmylou Harris.

Shortly after the release of her acclaimed debut album "Daisy Roulette" Jennifer's career as a visual artist began to flourish and rapidly became the focus of her creative output. Today with her art in great demand she is still very dedicated to painting, but is once again making more time for music, her first love. Early 2018 Jennifer began work on her second album - the first single release "The Saddest Day" was immediately put on heavy rotation on Swedish national radio, as well as the follow up single "Hey, Shine a Little", release March 2019. She is currently in the studio recording her new album. So stay tuned, click here to read what the critics are saying, check out her art, visit her social media pages to listen, watch, like and spread the word!